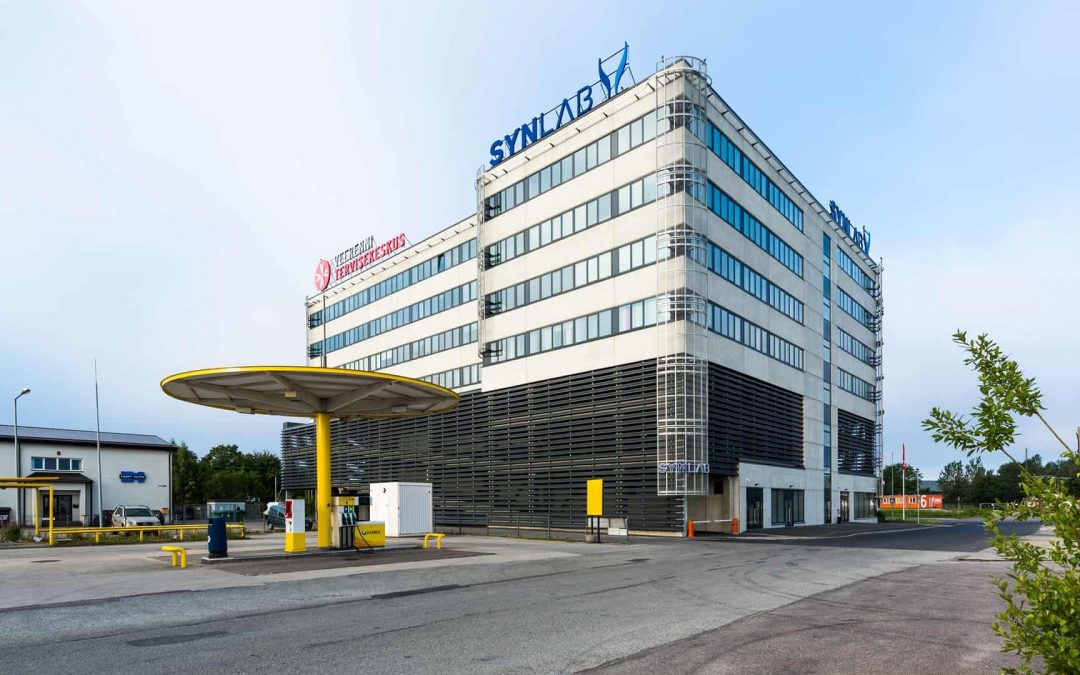 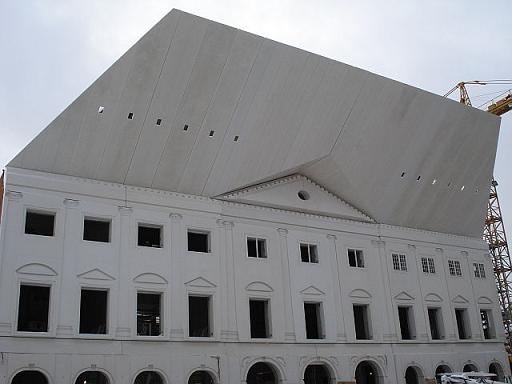 Press release of AS E-Betoonelement

AS E-Betoonelement completed assembly of the facade of the new building of the University of Tartu Narva College. Now it is possible for everyone to explore the exclusive elements next to the Town Hall.

The Manager of AS E-Betoonelement Vaido Leosk: “The design of the facade elements considered the vision of the architects and to achieve the best result we have prepared several samples and test castings. The elements have relatively complicated shapes and required careful casting of concrete, careful transportation and skillful assembly. I’m excited to see the final completion of the project.”

“Taking a glance at the facade drawings, it was clear that this kind of project represents a real challenge for skills of our workers, and also for technical and organizational capability. At the same time I got a feeling that concrete is the only appropriate material to realize this ambition the old materials could not be applied and plastic Hollywood type cliché could not be considered for architectural reasons. All used components complicated moulds, white concrete, reversible elements, no access because of the cellars next to the building were known for us, but there were never all such complicated circumstances in the same project.

For architectural reasons the facade has been divided into two parts: the architect wanted to see cast-in-place concrete on the ground level (performed by YIT), but on the higher floors it would have been problematic to assemble a formwork,” Tõnu Ernits, Sales Project Manager.

AS E-Betoonelement provided design, manufacturing, delivery and assembly of the facade elements. The main contractor of the new building of the University of Tartu Narva College is YIT Ehituse AS. The building is to be completed this summer.

AS E-Betoonelement belongs to Consolis SAS, the largest manufacturer of prefabricated concrete elements in Europe, that has over 130 plants in 25 countries.